Local Datsun guru Ed brought his Datsun 280Z over for us to run his car on the dyno and gather information useful for tuning future 280Zs. He had spent years tuning this car by hand and the dyno showed that he had it spot on. 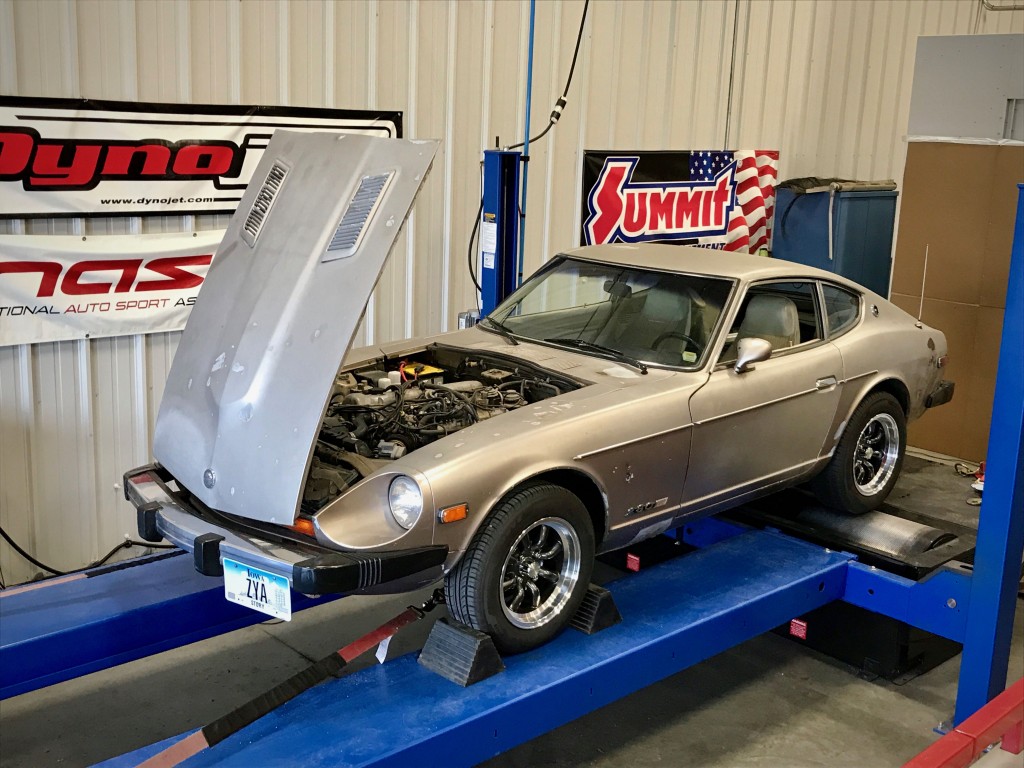 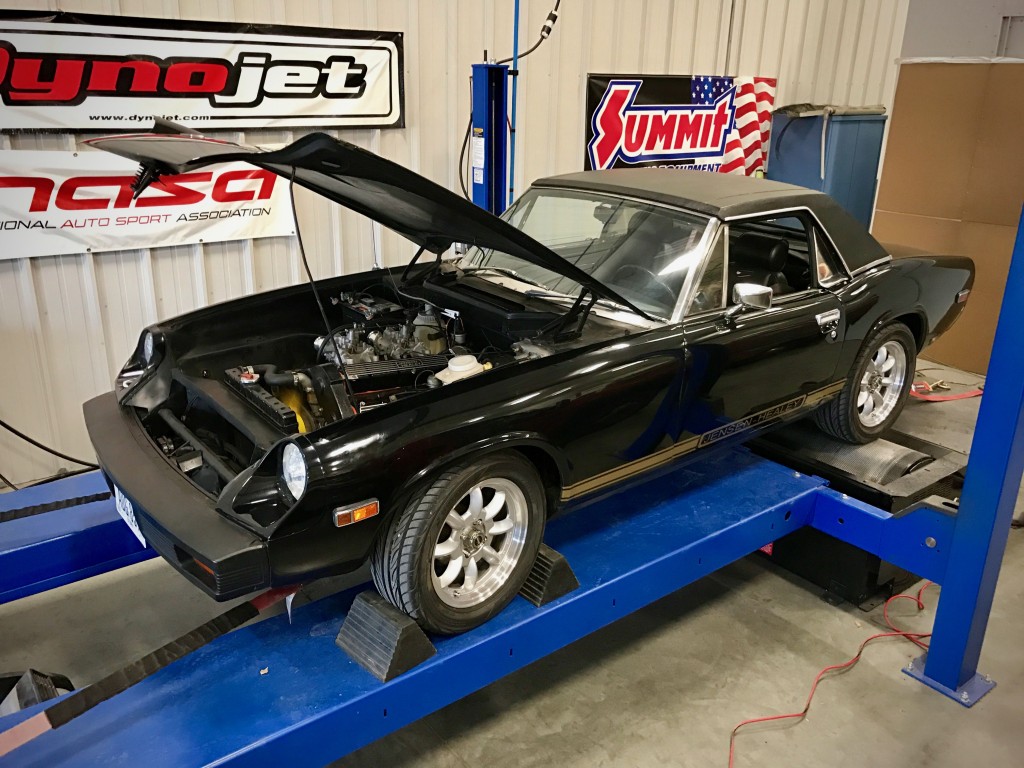 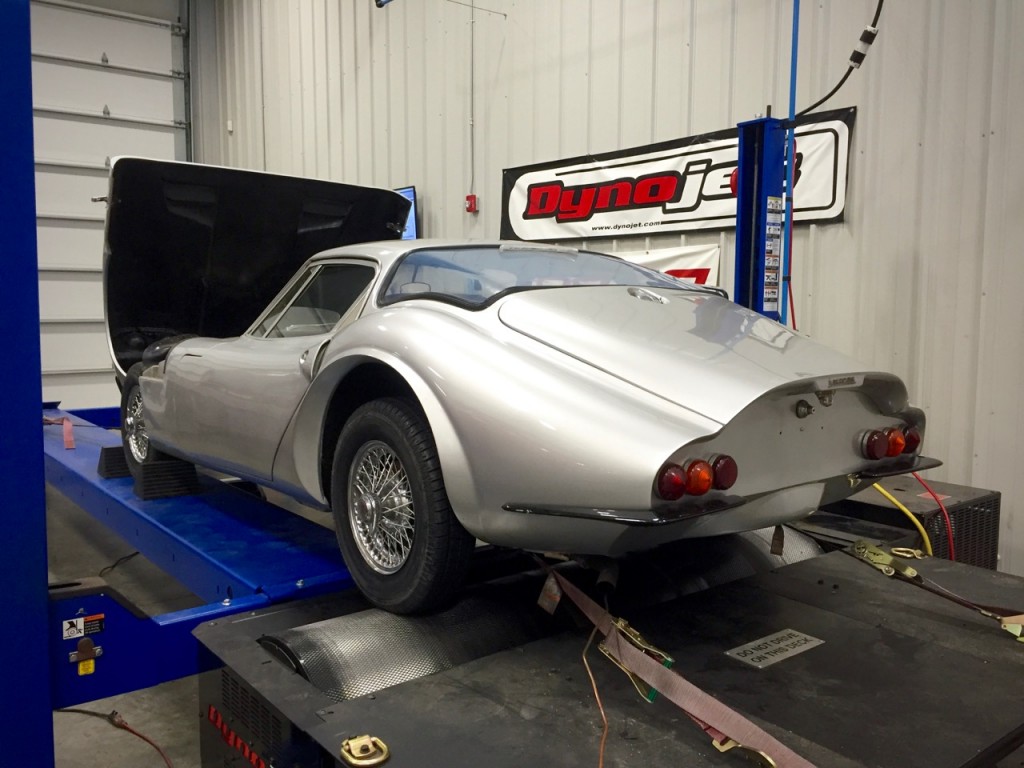 Rolls Royce has famously advertised the horsepower of their cars as either “adequate” or “sufficient” instead of printing an actual number. Today we find out if the power made by the 6.25 Liter Rolls Royce V8 in this 1961 Silver Cloud is actually adequate. 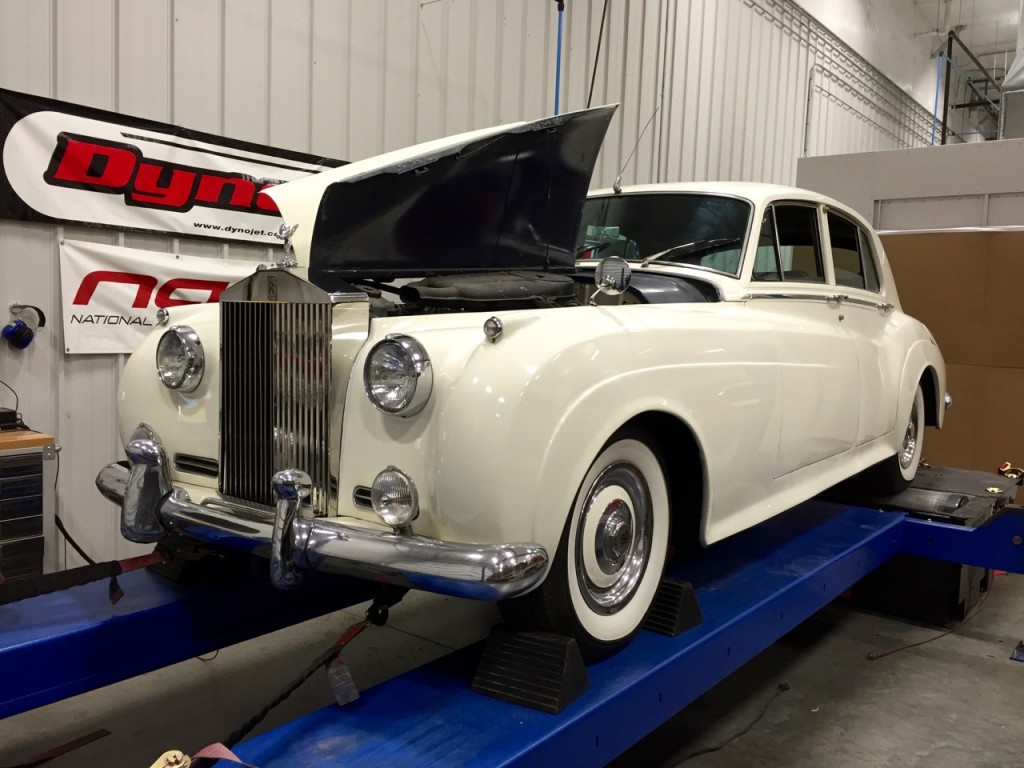 The DynoJet is a great tool for more than just seeing horsepower and torque numbers especially on a car with a small engine. Using the DynoJet on this 1953 Ford Anglia we can scientifically check how the carburetor is functioning, ignition health, top speeds in each gear, and accuracy of the speedometer. 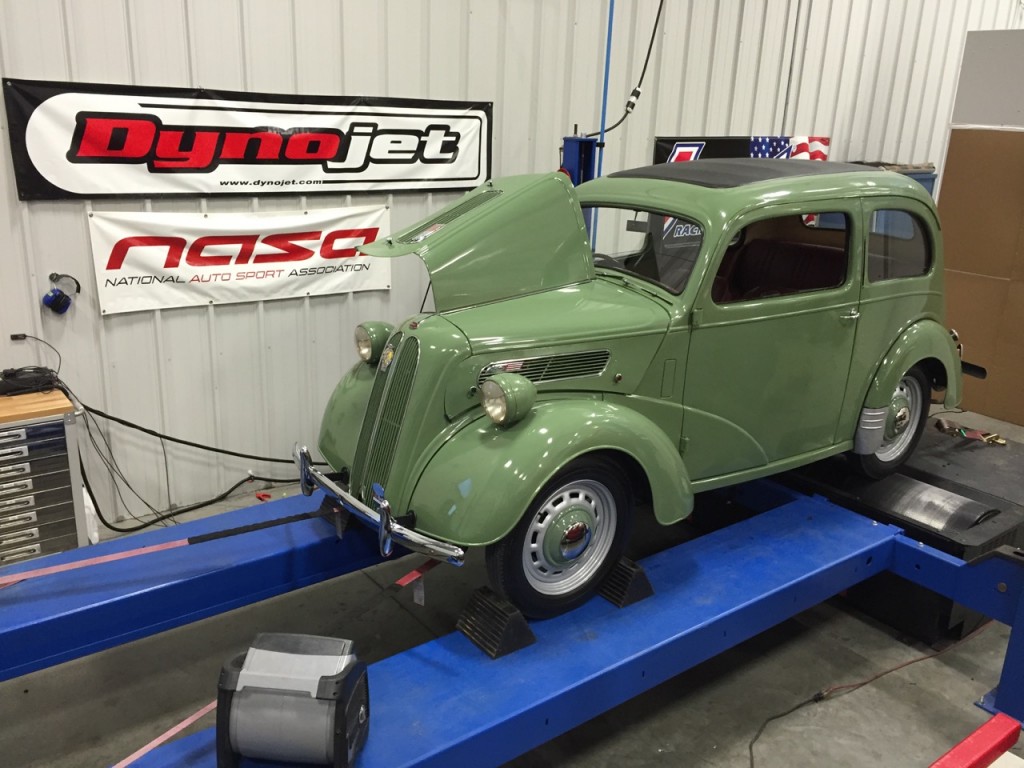 Running this Shelby GT500 Super Snake first on 91 octane pump gas and then on 98 octane Sunoco racing fuel confirmed what we saw two weeks ago with the GT350 that these cars will greatly benefit from higher octane fuels. The Super Snake saw an increase of 46 hp giving it around 740 gross horsepower.

Fifty years after the original Shelby GT350 a new one is now available in dealerships. Ford rates this 2016 Shelby GT350 at 526 hp but it wasn’t until we drained out the premium pump gas and put 98 octane Sunoco race fuel through it that we were able to see those numbers. To our surprise switching fuels netted a gain of 25.5 horsepower with this car. 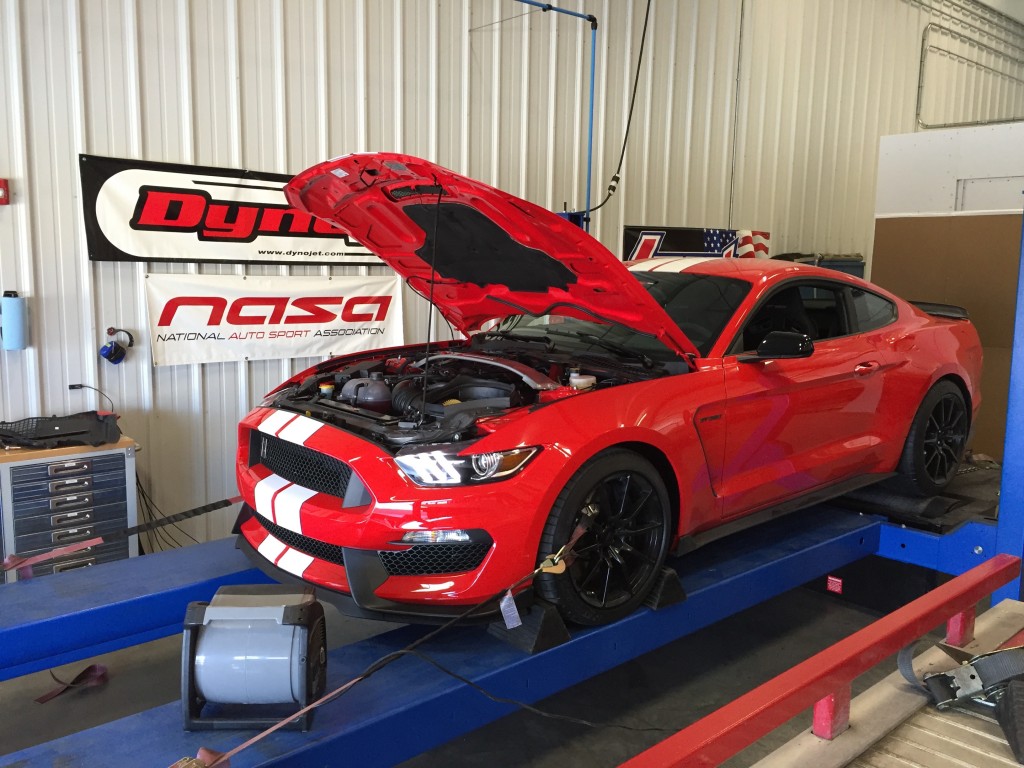 Jensen used Chrysler V8 engines for the Interceptor with a 4-barrel carburetor 440 c.i. engine they produced 305 hp SAE net. Mated to an automatic transmission this car was a true GT that could cross continents effortlessly.

We have had the DynoJet for just shy of a year now and by the end of the year it will have seen a fair share of interesting makes and models. The DynoJet is great for much more than just finding out how much power or torque a car makes. You can analyze the fuel to air mixture, ignition condition, finding leaks, engine break-in, and even aero dynamic effects on gearing. 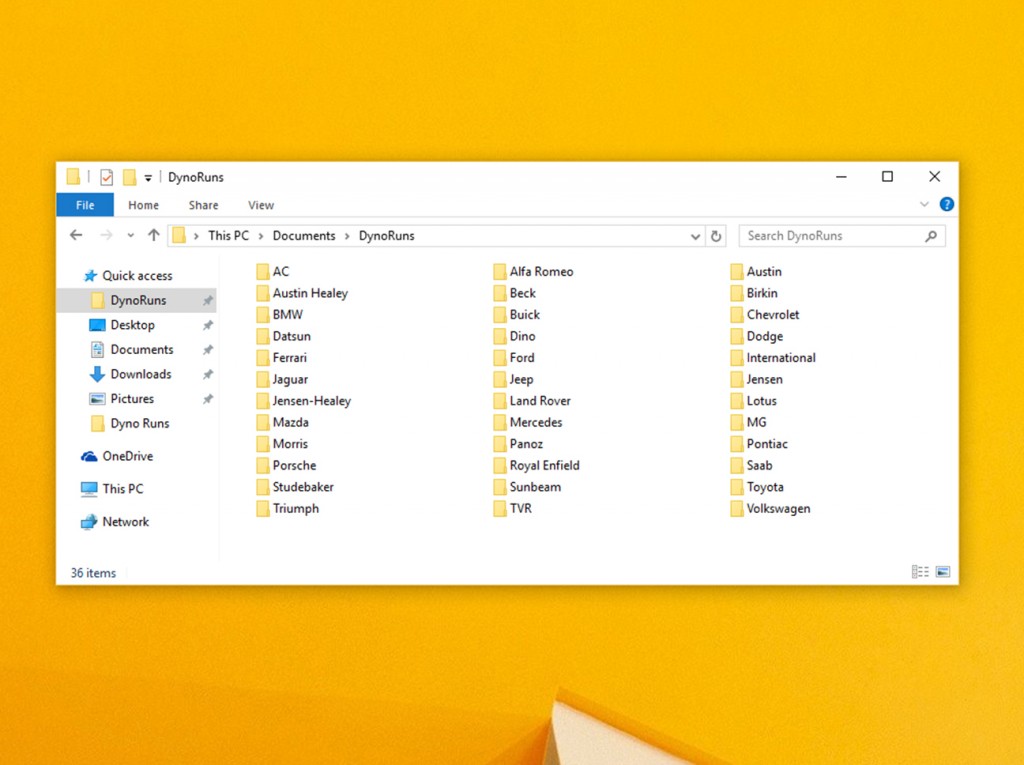 One has to wonder if an International Metro has ever been on a dyno before. The old Silver Diamond 220 doesn’t make much horsepower but it has plenty of torque. 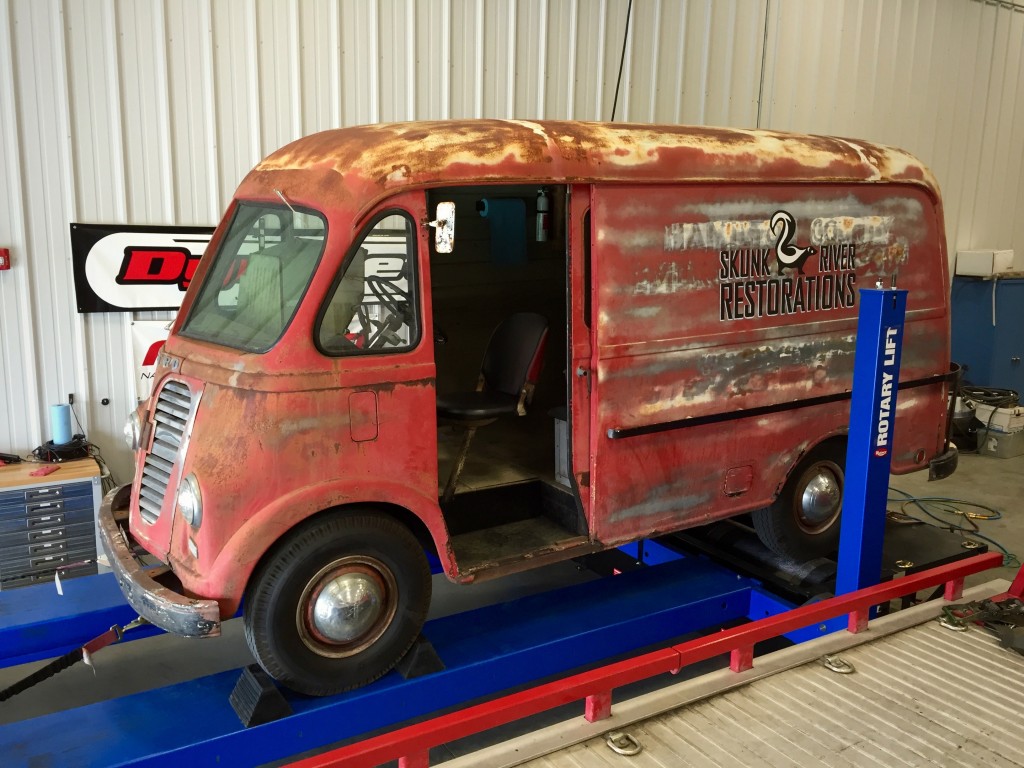 It was a pleasure to have this land speed record holding two stroke SAAB Sonett at the shop today. Hearing this car on the dyno is not for those who do not like loud noises. See this car tomorrow in downtown Des Moines for the Des Moines Concours. 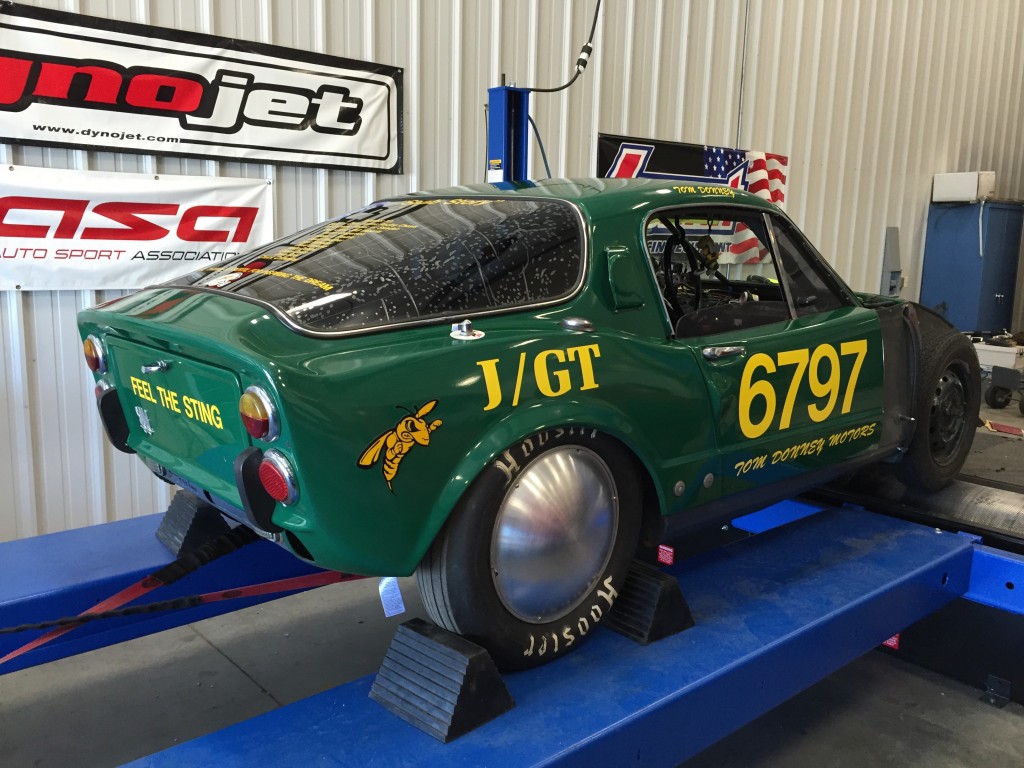 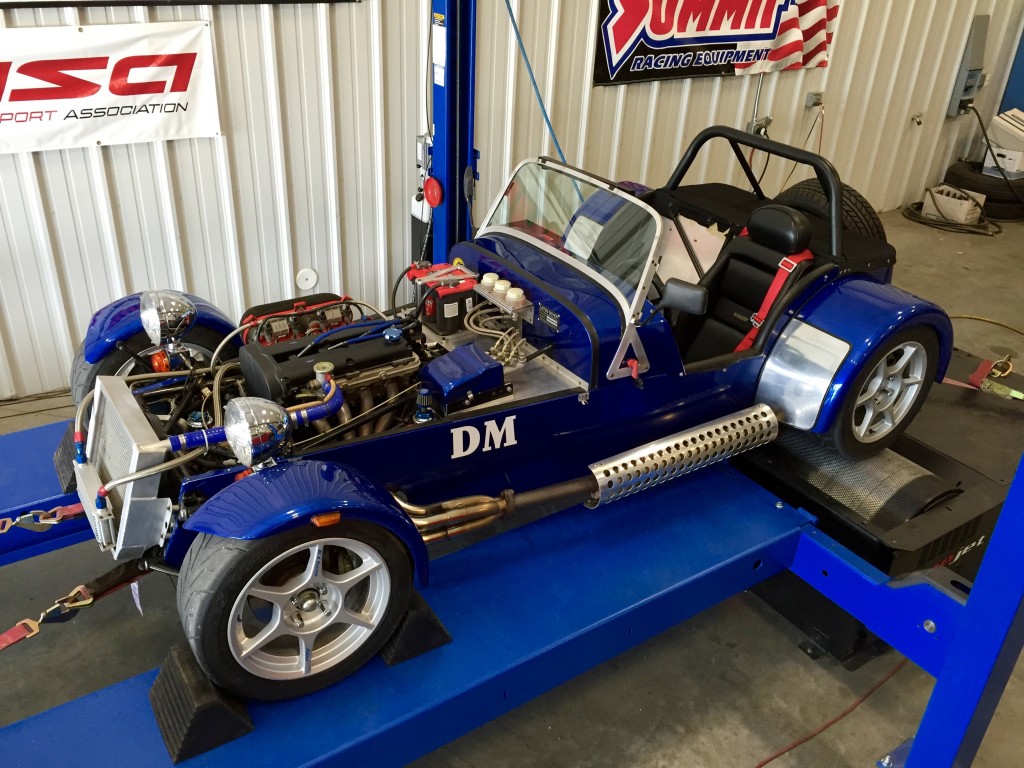 This new Camaro Mustang Challenge build was just finished and is here for inspection and certification. The engine was making much more than the owner expected and the restrictor set wouldn’t bring it down to spec. After fashioning a custom restrictor this car is right on the mark and can be seen at NASA events very soon. 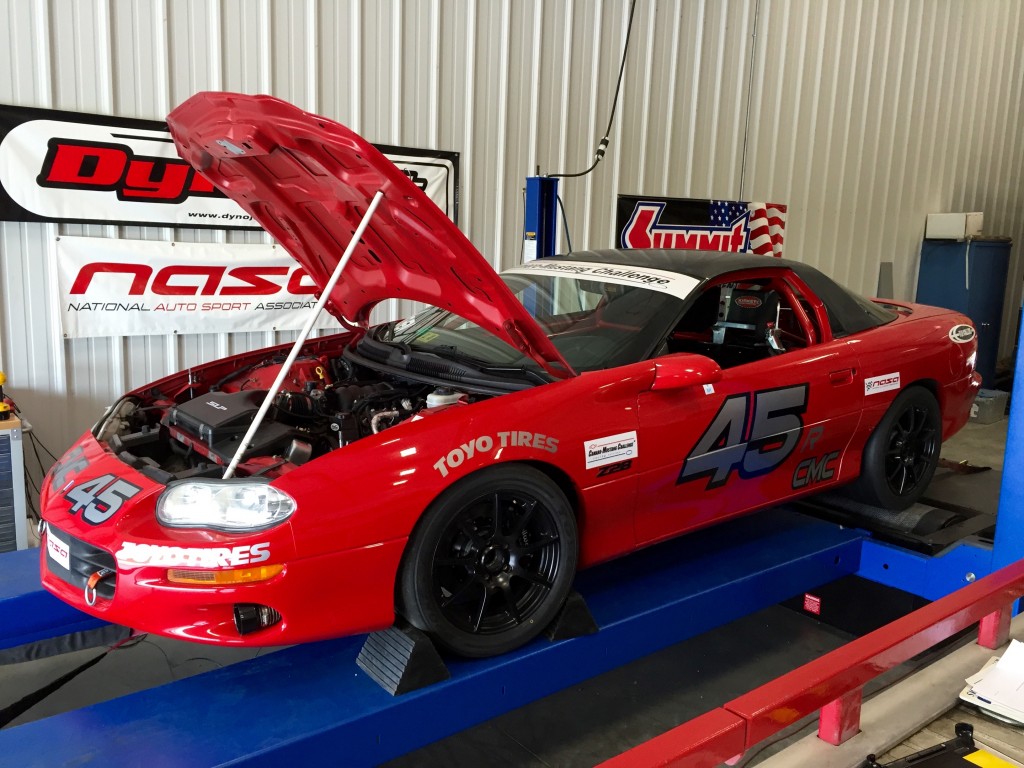 A couple years ago we pulled this 1969 Jaguar XKE out of a shed and after restoration and some time on our DynoJet this car runs like a dream. 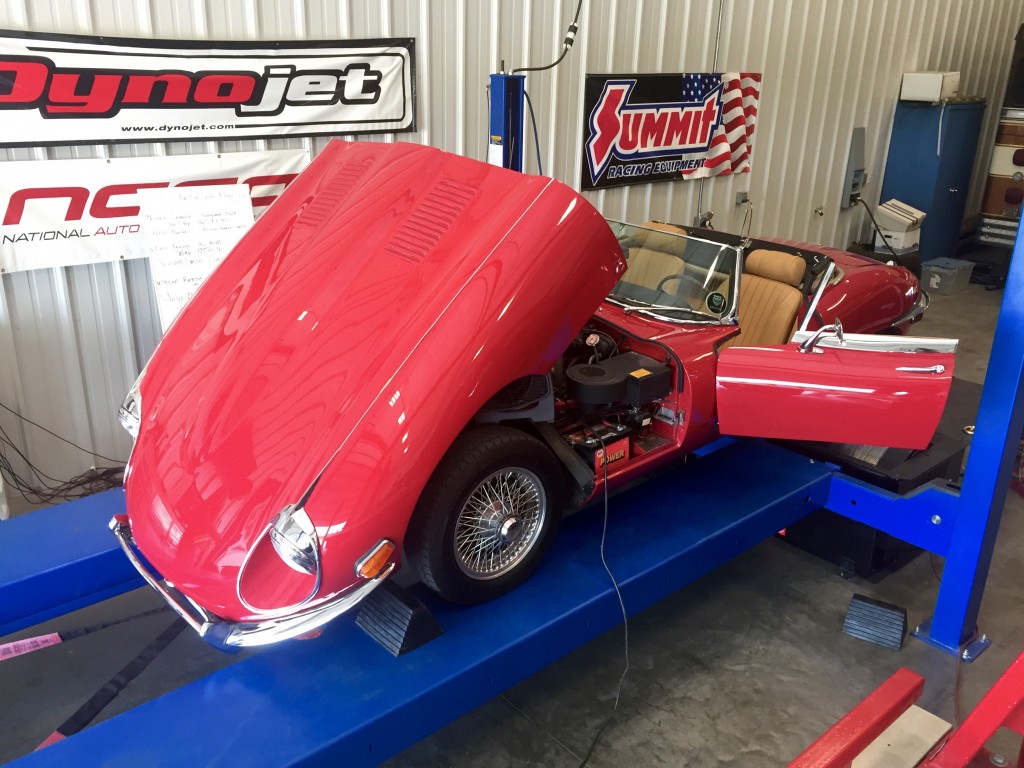 Using the new Dynojet we can now tune carburetors in a quarter of the time and we have solid quantitative data to know that we have it right where it should be. 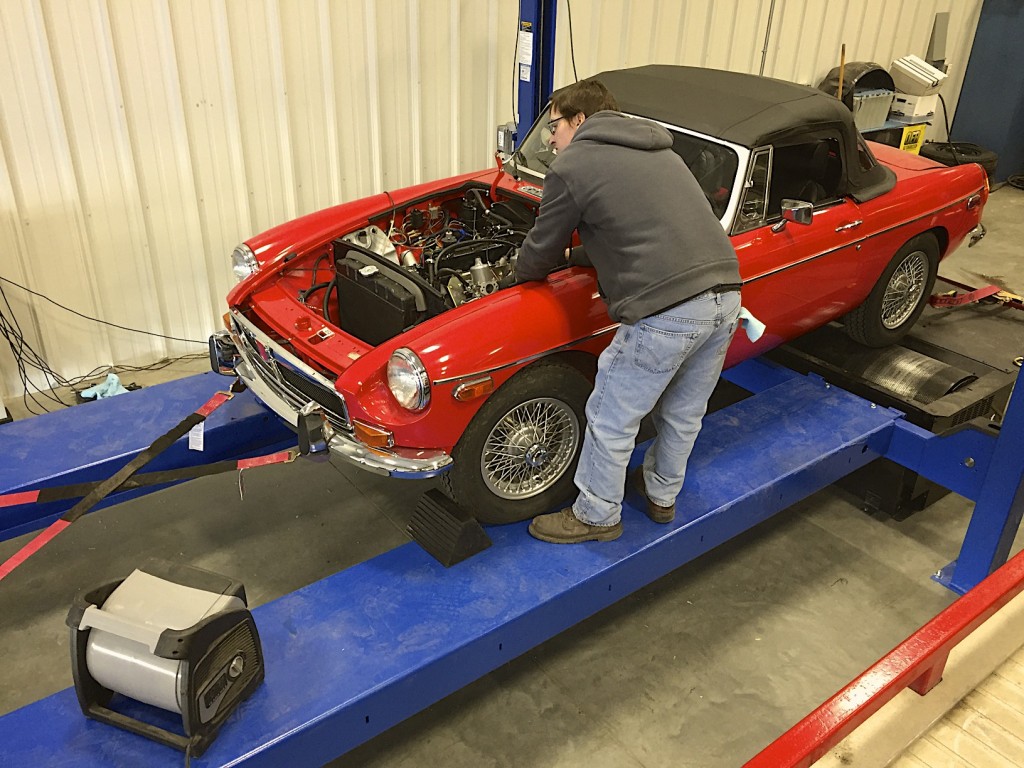 Our new Dynojet with Eddy Current Load Absorption Unit to perform loaded tests is up and running. We now have the ability to run the cars in a controlled environment at all speeds and loads to make sure the car is running optimally. 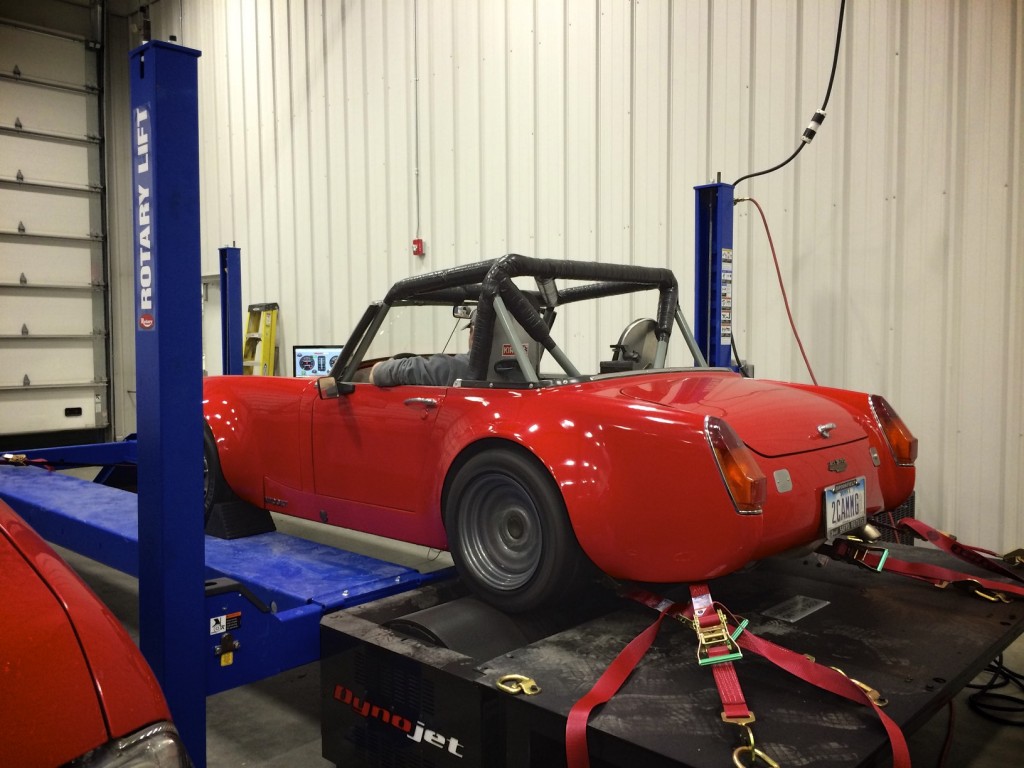